Fruit at Plantacja nad Tanwią is picked according to the 7 Rules of Good Harvest: 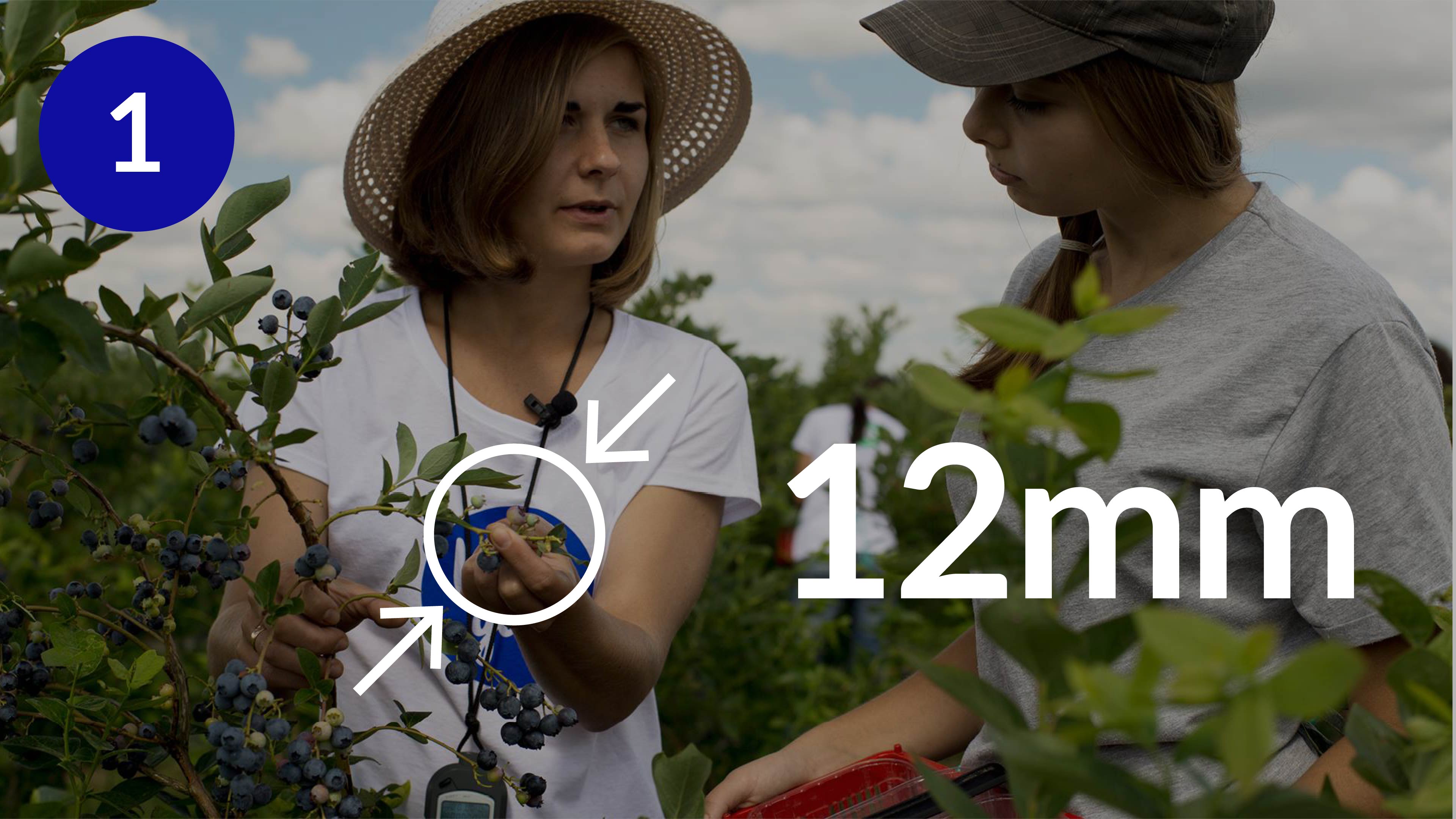 Picking only the right fruit. The berries we pick must be ripe - sweet, undamaged, and over 12 mm in diameter. 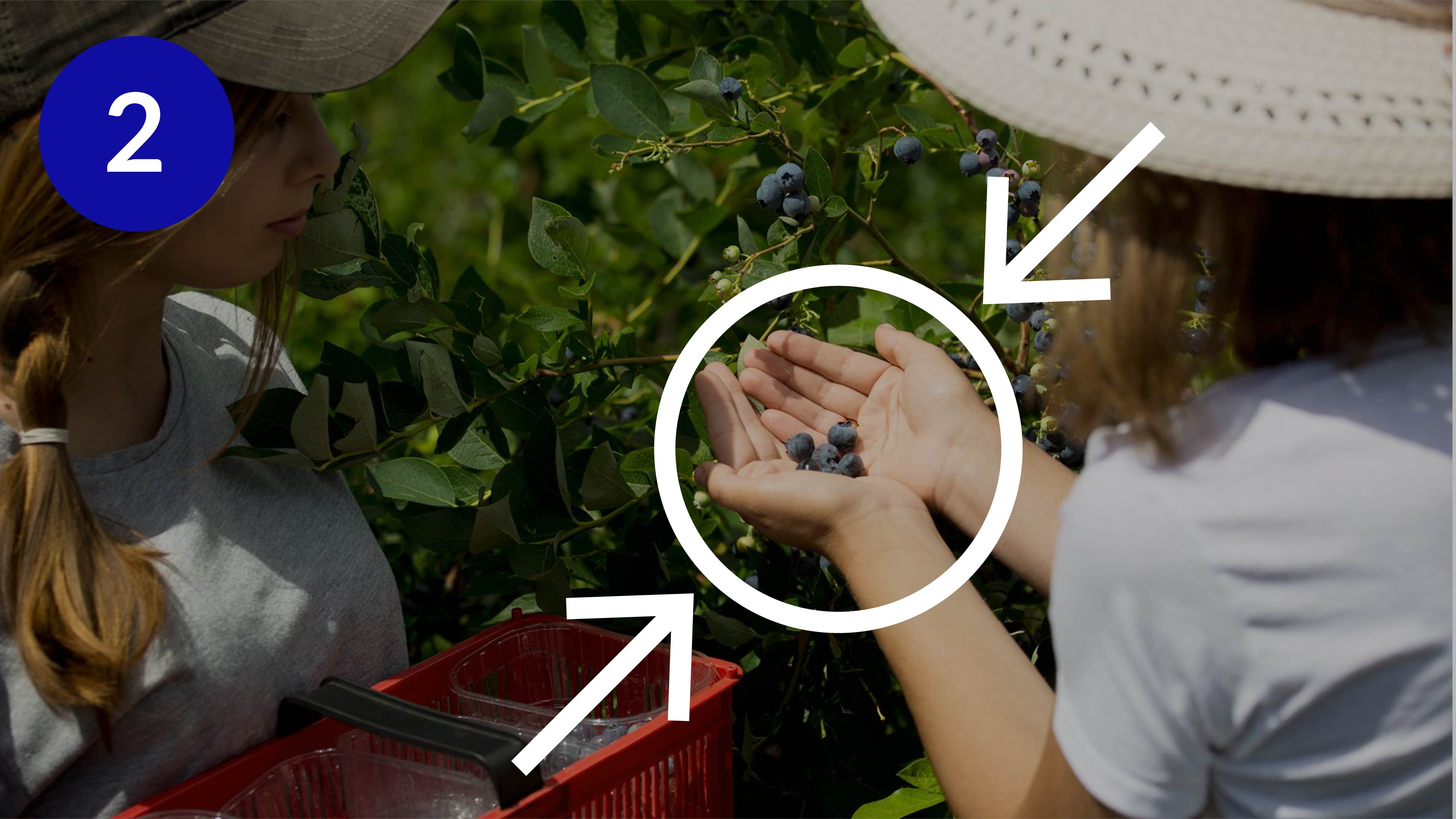 Picking technique - we pick with two hands, forming a "basket". We pick with a single touch, gently removing the fruit with both thumbs, to preserve the bloom.

Picking is done from the bottom to the top of the bush and all ripe fruit is picked, also from the inner branches. 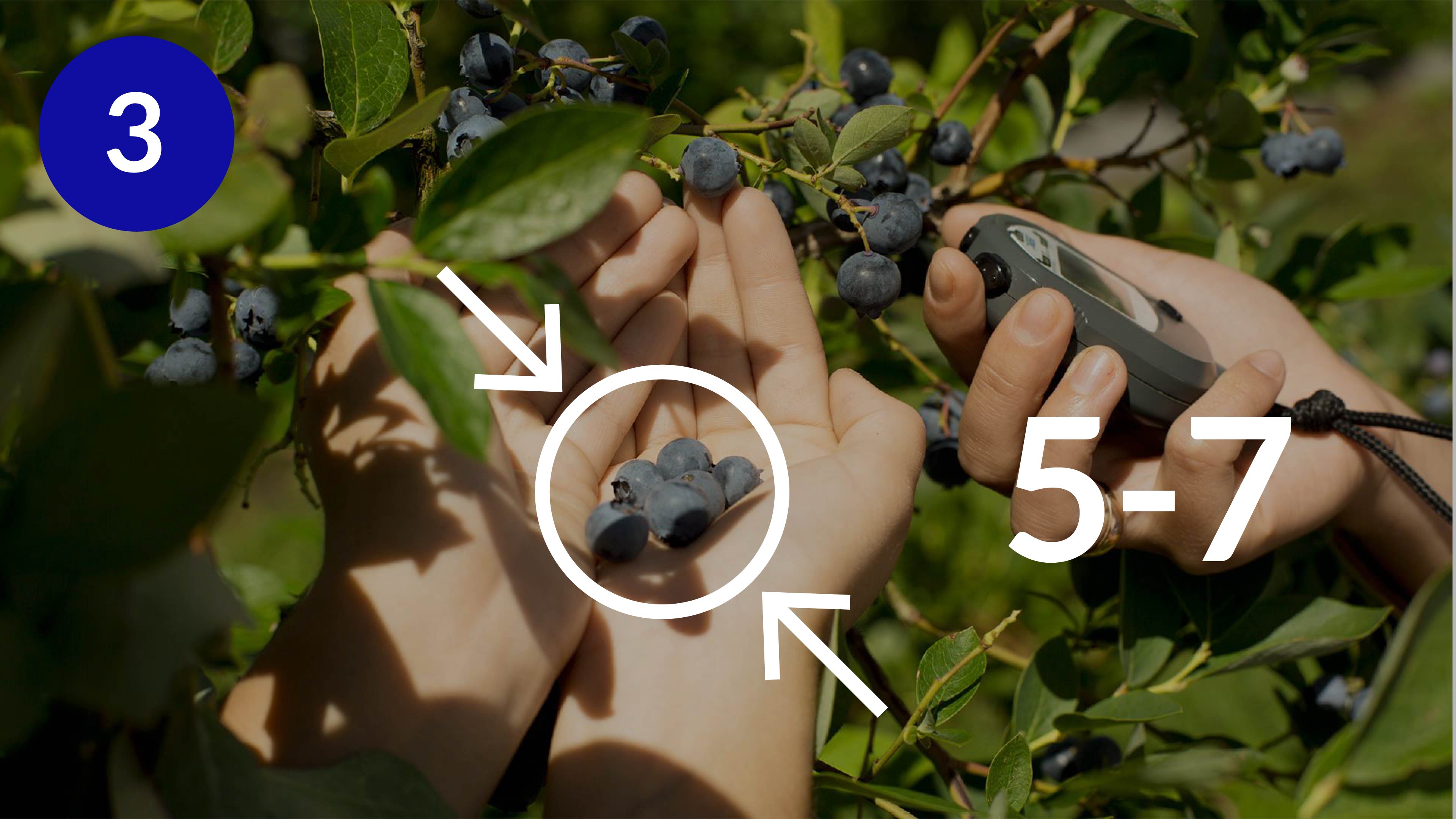 In order to preserve the bloom and avoid damaging or dropping the fruit, we keep the maximum of 5-7 blueberries in our hands at once. 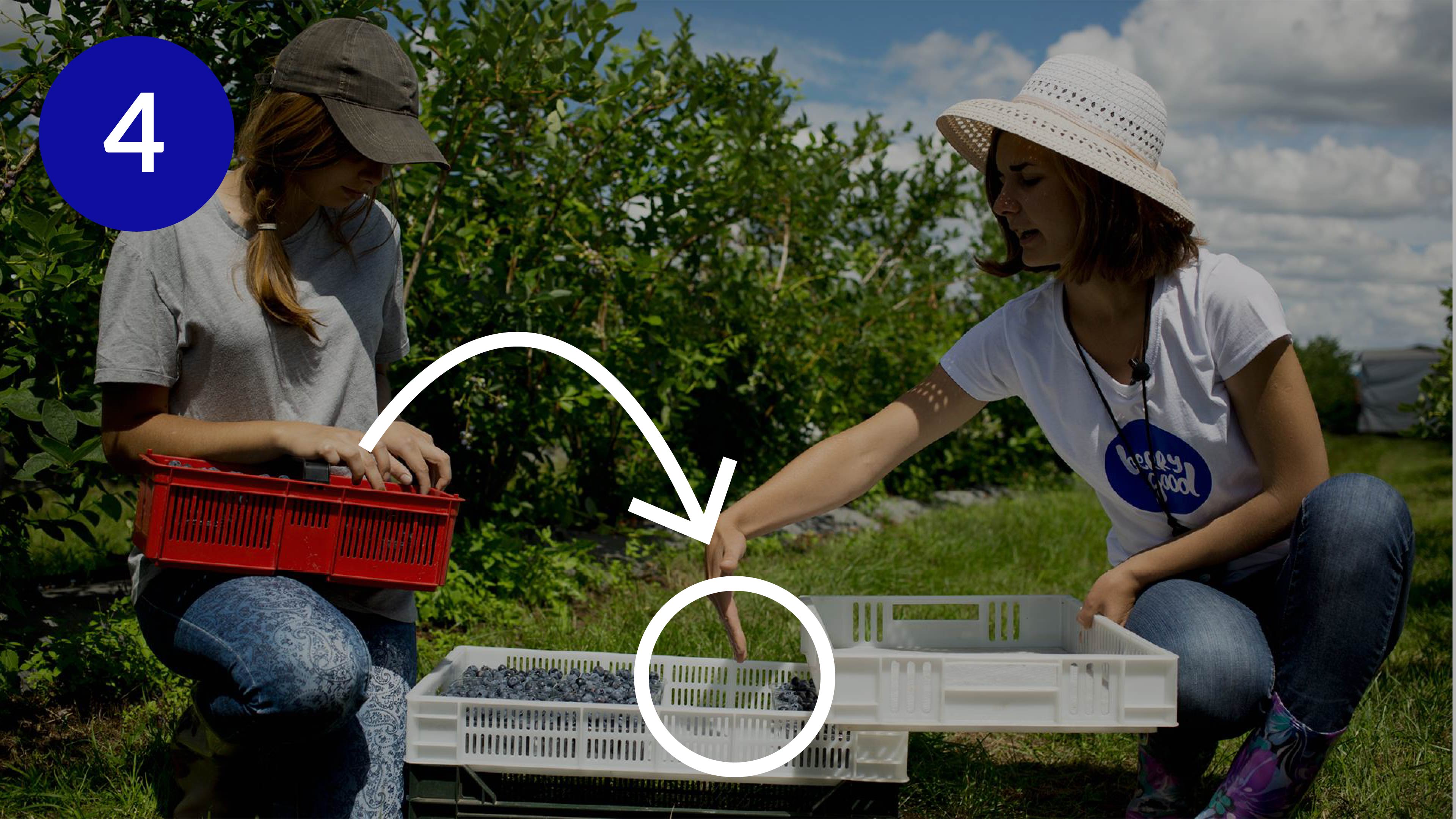 The fruit is picked into transparent punnets, to facilitate self-quality control by the picker. 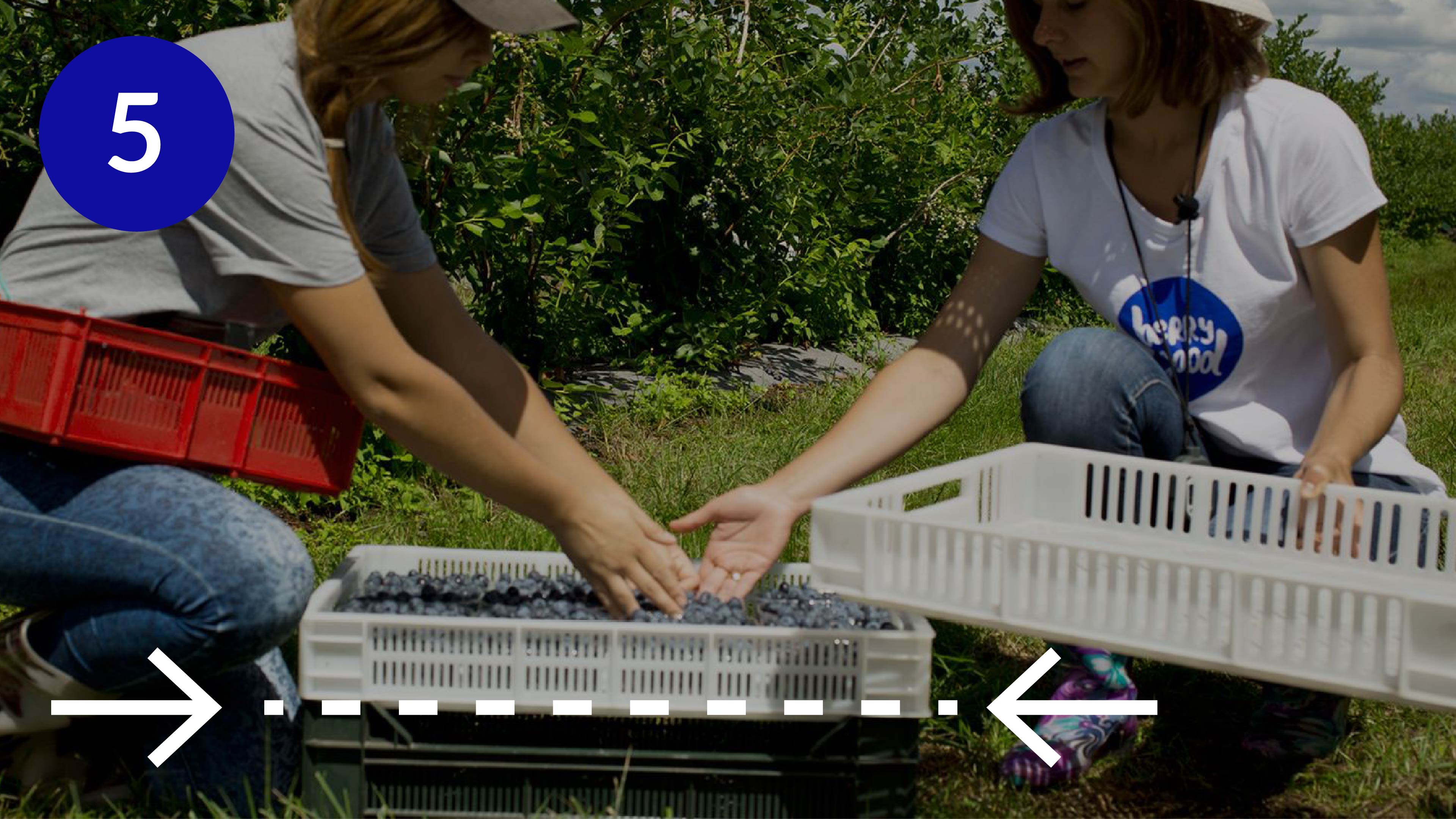 Punnets are placed in a plastic tray, which is put on a tray of a different colour, to protect it from dirt. 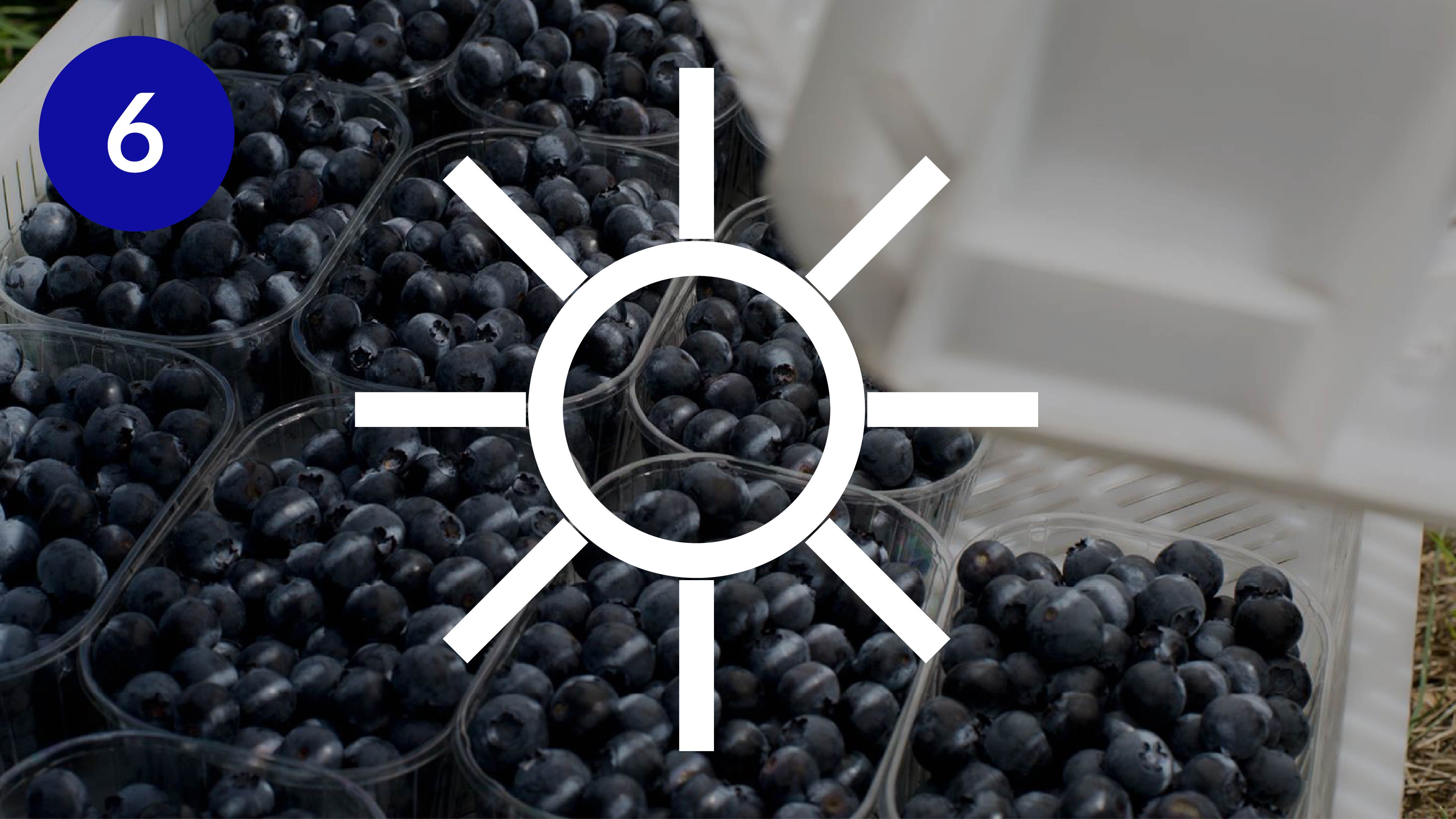 If possible, we put the tray in the shade and always cover it with a white tray to protect from the sun.

The supervisor performs quality control and accepts fruit from pickers. In case of quality problems the picker has to sort the fruit and loses time. That is why good picking pays off!

If you have any questions, please call:

Plantacja nad Tanwią Limited Liability Company was established in December 2002 to deliver the highest quality of highbush blueberries to its Customers.

Since 2011 Plantacja nad Tanwią Sp. z o.o. has been a member of the "Polskie Jagody" Fruit Producer Group.

In 2006 we received the GLOBALG.A.P certificate confirming the highest quality of fruit and attention to customer satisfaction, and in 2007 we have implemented the Tesco Nurture standard.

According to the 30-minute standard berries are pre-cooled within half an hour from being picked, which ensures their highest quality and durability.

Fruit at Plantacja nad Tanwią is picked according to the 7 Rules of Good Harvest.